History of the Parks

The international Parks of Studies and Reflection project was inspired by the ideas of a writer and a thinker Silo.

In Punta de Vacas, Argentina, the place where Silo first spoke publicly on May 4, 1969 - a steel monolith was erected in 1999 to commemorate this manifestation, known as Healing from Suffering (La Curación del Sufrimiento). Gradually, other symbolic elements and buildings intended for seminars and meetings as well as personal study and meditation were added to this place. And so the first Park of Studies and Reflections was created, which is often referred to as the Historical Park. The number of Parks gradually increased - first in Latin America and gradually in Europe, Asia, Africa and North America. There are currently several dozen Parks and more are still being created.

All Parks in the world are funded only by voluntary contributions from individual people. They do not accept any grants, subsidies, they do not have sponsors. The names of those who participated in the creation of a particular Park are then engraved on a memorial stele, which is one of the symbolic elements of the Park. 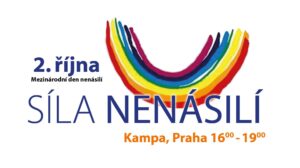 Parks of Study and Reflection - Pravíkov